This dish is based on the Italian inspired recipes by Marcella Hazan and Neil Perry for “fish in crazy water”. Having previously made and enjoyed Neil Perry’s recipe, I had found the original light broth reminiscent of the texture of the South Indian soup known as Rasam that often accompanies meals. This version is of my own creation and includes the distinct aniseed flavour of star anise and the fruity sweet-sour flavour of tamarind. You can also easily play around with the combination of herbs and spices to suit your palette. This dish is perfect to serve with blanched spinach for a light and healthy dinner.

Method
Place tomatoes in bowl of boiling water, then peel off skin, remove seeds and chop

Deseed chillies and dice finely
Put all ingredients, except the fish fillets, into large heavy based saucepan and bring to a boil.

Lower heat and simmer for 45 minutes with lid on
Remove lid, return mixture to a boil and reduce sauce to half again, but ensuring some of the light broth remains
Add snapper fillets skin side down for 2 minutes, simmering over medium heat
Carefully turn fillets over and cook for a further 5-8 minutes until fish is just cooked through
Serve with finely chopped and blanched spinach or bok choy

Search for recipes and reviews 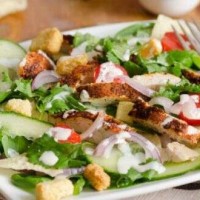 not your average food & travel blog

To Travel is to Live

-Reviews, Advice & News For All Things Tech and Gadget Related-

The melting pot of world cuisine

View from the Back

Ramblings of a retiree in France

Let the ingredient be your inspiration!